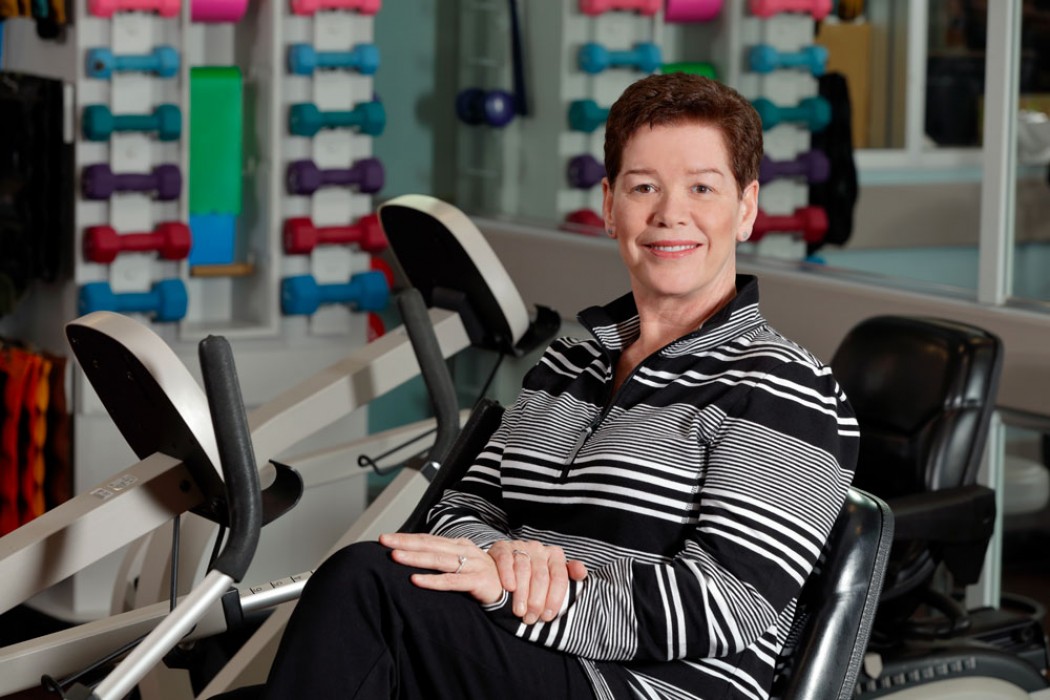 Annie Mueller has been a nurse at Hackensack Meridian Mountainside Medical Center since 1992. In recent years, she started experiencing intense hip pain.

“Being a nurse, I was afraid to have the issue addressed because I knew what I was likely going to have to undergo a hip replacement,” said Mueller.

After a vacation with her husband, Mueller knew something had to be done.

“When my husband and I were in Aruba, I wasn’t able to walk on the beach with him like I normally do, which was devastating to me,” said Mueller. “My pain had gotten so bad it was starting to really affect my quality of life. My right hip was in really bad shape, which caused my left hip to deteriorate because I was compensating for the pain I was experiencing on the right side.”

Mueller made an appointment to see Dr. Mark Chase. Through x-rays it was discovered that her hip problems were a result of a congenital defect. Mueller was very active in her younger years, leading to the issues arising later in her life.

Mueller underwent a total hip replacement on her right hip on December 14, 2017. Following the surgery, she spent five days in the transitional care unit at Mountainside.

“My pelvis and sacrum fused together because of the way I was walking to compensate for my pain before surgery,” said Mueller. “I knew I had a lot of work to do in physical therapy, but I couldn’t have asked for a better team of therapists. I worked very closely with Jamie Welsh and she was wonderful. They were all determined to get me back to work. There was no looking back and there was no way we were giving up. We were going full force and I was going to get back on my feet. I walked in there walking with a walker and walked out smiling. It was an amazing experience.” 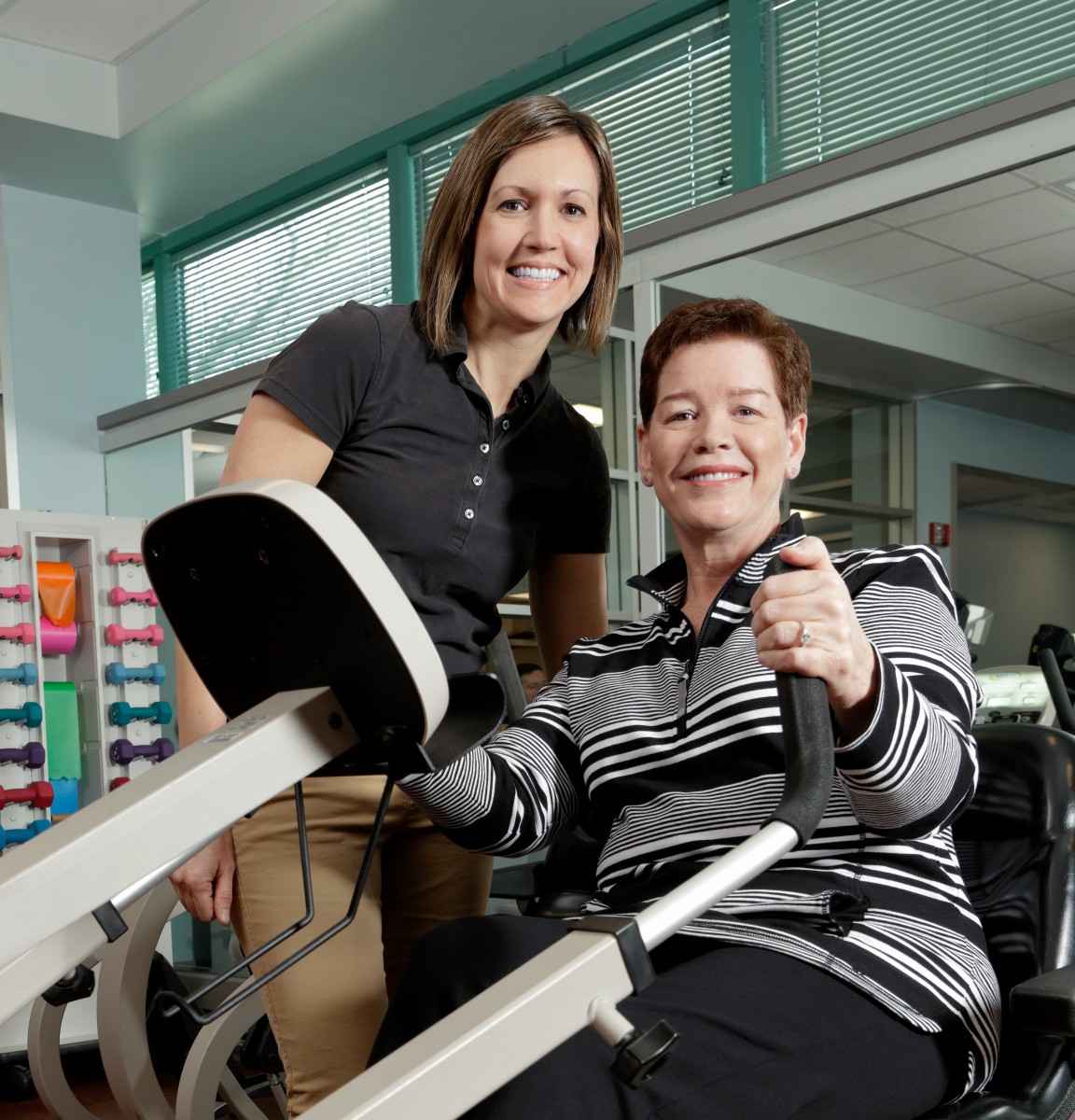 Mueller returned to work after her first surgery in April 2018.

“I had my second surgery on a Tuesday and was able to go home on Thursday,” said Mueller. “I can attribute that quick turnaround to all of the support and education I received after my first surgery.”

Mueller’s recovery was much quicker the second time around, allowing her to return to work in February 2019.

After two hip replacements, Mueller is thriving and living life to its fullest potential.

“It’s really been like a divine intervention,” said Mueller. “I’ve never been so happy and humbled by a situation. It made me think of life in a totally different way. I love being able to walk around with no pain.”

While Mueller has completed the outpatient physical therapy portion of her rehab, she continues to rehab at home.

“I use my stationary bicycle at home and usually bike six miles each day, which I think is really great for someone who had a double hip replacement,” said Mueller. “I also do all of the exercises they taught me in outpatient therapy. They trained me so well and I feel very comfortable while exercising now.”

Mueller encourages people to be proactive when experiencing extreme pain.

“Don’t suffer in pain because you are afraid of something,” said Mueller. “With all of my medical knowledge, I should’ve known better than to let my problems go on for so long. I was only 52 years old when I had my first surgery. Having something of this caliber done at such a young age was really alarming, but I knew I was in great hands. From the beginning, Dr. Chase never made me feel bad about it. He just went forward with it and didn’t tell me that I should’ve done this or that. We always stayed in the positive and that was so helpful.”

Mueller credits her solid support system for her remarkable success.

“From the nurses on the floor to the nurses in the transitional care unit and the inpatient and outpatient physical therapists, everyone was incredible,” said Mueller. “I wouldn’t have been able to go back to work without the support of them and my family. It’s great to know that you have people on your side. That really plays a huge part in your success.”

As summer approaches, Mueller is looking forward to getting outside and enjoying nature.

“I haven’t been able to enjoy a vacation in what feels like forever, so I’m excited to head to the beach,” said Mueller. “I’m also looking forward to walking in the Montclair Fourth of July Parade with the Mountainside team. Jamie and I will be walking together.”