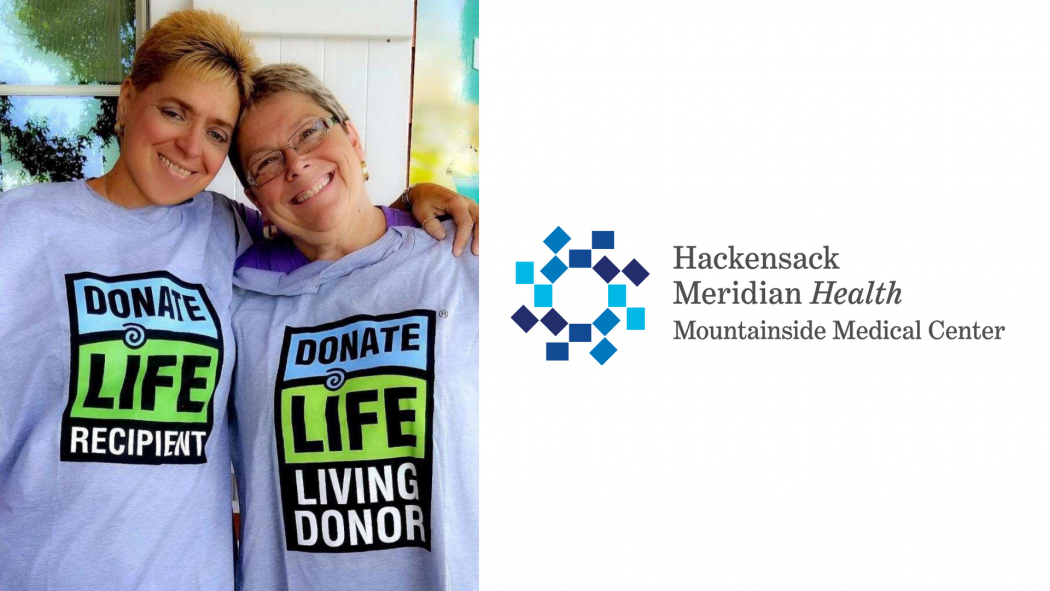 Every year there are around 6,000 kidney transplants performed in the United States. As wonderful as that number is, there are still 93,000 people waiting on a kidney, either from a deceased individual or a living donor. Jean Sime of Wayne, New Jersey was one of those thousands waiting on a new kidney.

Jean had been diagnosed with chronic kidney disease in 2013 and started dialysis two years later. For three and a half hours several days a week, Jean came to either Mountainside Medical Center or a dialysis treatment center and relied on a machine to do what her kidneys couldn’t.

“I was the only dialysis patient who actually looked forward to dialysis,” says Jean, who knew keeping a positive attitude was half the battle. “Those hours on the machine were my time. I’d bring a book, think or catch up on emails. I bonded with all the patients as well. I would go early because I would say hello to every patient.”

Jean spent years on the transplant list because she was firm in not wanting a living donor. While on that list, she often had to go to Mountainside Medical Center to keep her bloodwork current. Normally it’s a routine exam, but everything was about to change for Jean that particular day.

“One day I had to go to Mountainside for different testing for the transplant list. My nurse knew my situation because I had been going there for the past five years or so,” says Jean. “She is friends with Pat because they both worked at the hospital for a long time. That day after I left, she ran into Pat.”

Patricia “Pat” Milford has been a nurse at Mountainside Medical Center for over 40 years. She was kind of opposite to Jean in that Pat had tried to be a living donor two times in her life. The first time Pat had been moved to consider kidney donation was for a former patient. She had grown to know this patient through the visits for dialysis. However, Pat’s mother became ill and prevented her from donating. The second time Pat signed up to donate was for a stranger.

“In January 2018 there was a lovely article in the paper of West Orange, New Jersey. It was a 10-year-old little boy, his father needed a kidney and they hadn’t been able to find a donor. It rekindled my memories of wanting to donate,” says Pat. “I emailed the hospital in Philadelphia. Mountainside was kind enough to do all my bloodwork. However, they called and said they didn't need me. I was the third one to match.”

The nurse doing Jean’s bloodwork knew that Pat had just gone through the process of trying to donate so she asked Pat if she would be willing to donate to a patient she knew. She said absolutely.

“I gave her my number and said if she wants to call me, she can most definitely call me,” says Pat.

The nurse called Jean with the news. Listening to the voicemail, she couldn’t believe a stranger was willing to donate a kidney to her. Jean says it was incredible news to receive, but she still had her reservations about using a living donor. She decided to call Pat back because she had to at least know the answer to the biggest question she had.

“I said, I just don’t understand why you would be willing to give your kidney to me. You don’t even know me,” Jean said to Pat on the phone.

Pat replied, “After being a nurse for forty-one years, one of the worse room to see a patient in is the dialysis room. It really shook me up. Their whole life is tied to that machine. People are sitting there, dependent on those machines and I realize how lucky I am.”

The two talked on the phone for over an hour. During the course of that call, Pat was able to change Jean’s mind about considering a living donor and accepted Pat’s life-changing gift.

The next year involved a series of tests for both women. That time can by trying, but for these two, it was when they both realized they had found a sister.

“We met and it was like an instant connection,” remembers Jean. “It was just very emotional. Since then we’ve done this journey together. It was more like a sisterhood than a business relationship. We went through so much over that past year and we did it together.”

Even when the day for surgery came in June, their relationship saw them through.

“Jean was more worried about me not showing up the day of surgery,” laughs Pat. “The two of us weren't nervous. Her family was more nervous than anything else. Her family, has become my family.” 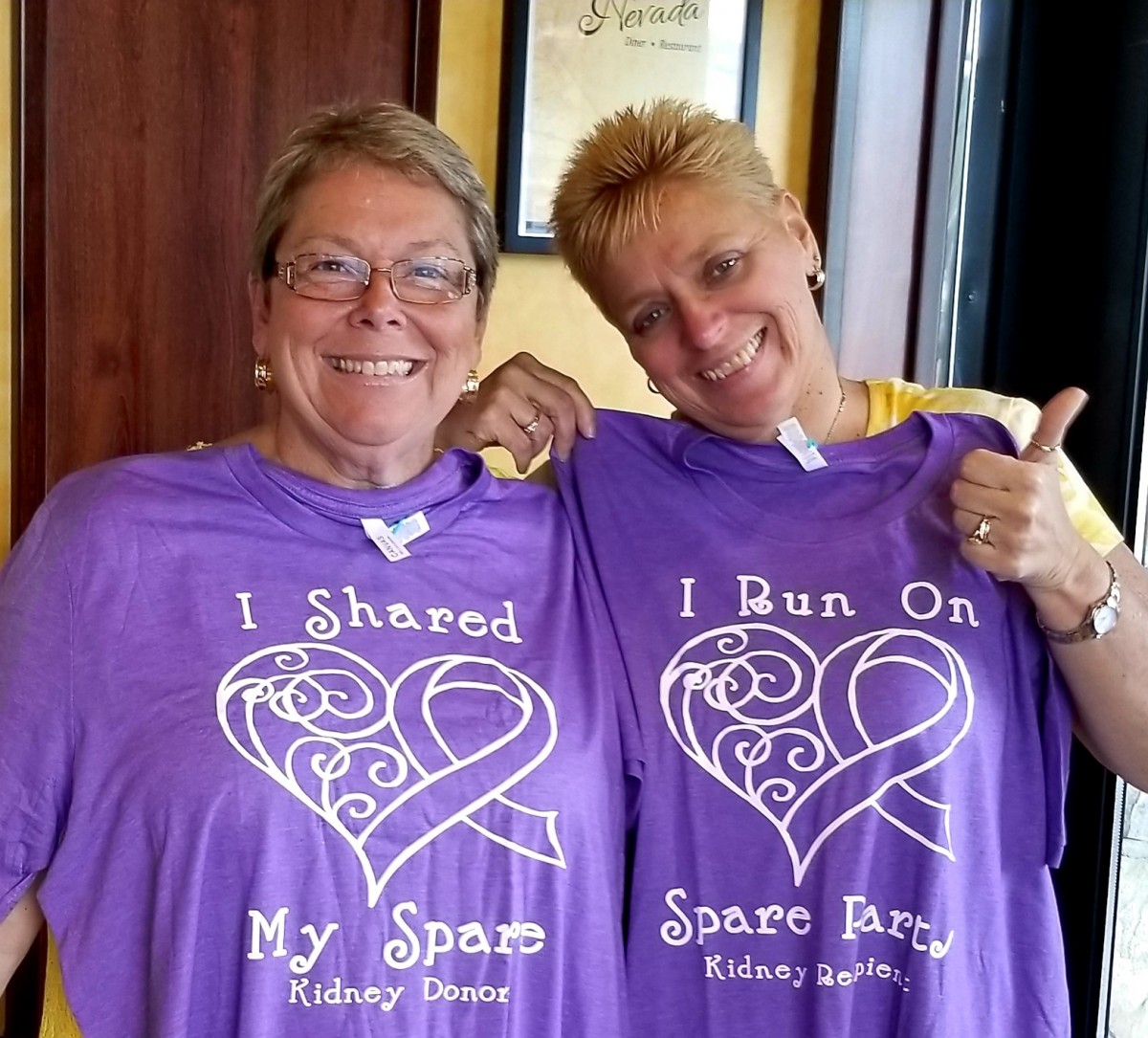 Since the successful transplant surgery, Jean and Pat have seen each other once a week. Both are feeling great and recovering extremely well.

Looking back on her long journey to this point, Jean knows that her miracle wouldn’t have been possible without her time at Mountainside Medical Center.

“Without our Mountainside connection I would have never been brought to Pat,” says Jean. “I always felt like it was home for me. I always felt comfortable going there. Everybody was very, very caring.”

Pat has also felt like Mountainside has been a home for her too.

“I love Mountainside because at the time I started it was a small community hospital. People there are like family. Everyone works as a team,” says Pat. “I love seeing my patients. It's a tight knit community. I love the people.”

Now Jean and Pat are on a mission to spread awareness about organ donation. They are eager to tell everyone they run into about their story in hopes of sharing how wonderful and life-altering organ donation can be, not only for a recipient, but for their family and the donor.

“Jean and I are trying to make people more aware of organ donation,” says Pat. “A lot of people will sign their license and say they want to be donors if something should happen, but they don’t pursue beyond that. We’re trying to educate everyone we know. Now, if someone is pursuing it, they speak to Jean.”

“Pat and I are like advocates. We talk to everybody about it,” says Jean. “I don’t think people understand the impact of donating. If you are able to be a living donor or if you receive from a living donor, the whole experience is just so much more rewarding.”

Jean has just started work again and is excited to live her second chance at life to the fullest. Pat is also looking forward to this next chapter of her life as she enters retirement.