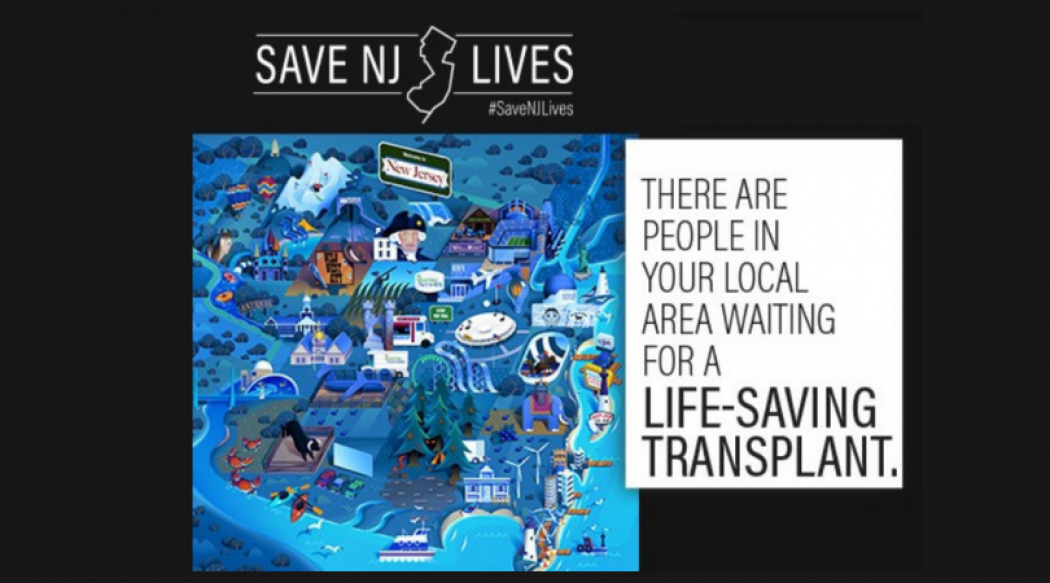 Dan Sarnowski and Betsy Niles met on an online dating website in 2001. Although never married, the couple shared a great life and many wonderful memories together.

“Betsy and I were together for 10 years,” said Sarnowski. “In March of 2011, she was struck by a man driving a van which led to massive brain damage. Shortly after the accident, she was declared brain dead and became an organ donor.”

Organ donation was something that Sarnowski was not very familiar with prior to Betsy’s passing. “Like most people, it wasn’t a top of mind subject for me,” said Sarnowski. “Betsy and I had discussed things like living wills, medical proxies and what our wishes were if one of us pre-deceased the other, but we never talked about organ donation. In fact, she hadn’t even crossed off the organ donation box on her driver’s license.”

After being pronounced brain dead, Niles was put on a ventilator to keep her organs viable. Sarnowski and members of Niles’ family were then approached by Paula Gutierrez, a transplant coordinator from the New Jersey Sharing Network. “Paula, who I truly consider to be an angel, asked us if we had ever thought about organ donation and we all collectively said no,” said Sarnowski. “However, knowing Betsy, we knew she would have absolutely said yes, so we gave immediate consent for them to take whatever organs and tissue they could use. From this moment forward, I knew I wanted to be involved with the Sharing Network.”

The transplant coordinator and the organization made an immediate impression on Sarnowski. “I was so impressed with how they treated us in the hospital and the professionalism of this young woman,” said Sarnowski. “Within about two weeks, I started looking for ways that I could get involved with and support the Sharing Network. 2011 was actually the first year they held their 5k benefit run. Ali, Betsy’s daughter, is an elite marathoner. Once she found out about this 5k, which was held just two months after Betsy’s passing, she immediately started putting together a team to run in memory of her mom. Our team has been involved in this race every year since and Ali has won seven out of eight years. She’s amazing.”

Sarnowski is currently the treasurer of the Sharing Network and has served as the committee chair for the 5k for five years. This particular event raises almost 1.2 million dollars for the Sharing Network each year, with more than 10,000 participants. “We call it a celebration of life,” said Sarnowski. “We come together to celebrate those who have passed and become donors and those that have received organs and are living well today. It’s a really beautiful thing to see.”

Additional events are held throughout the year in support of the Sharing Network, with a major event coming up in the summer of 2020. “We are currently planning The Transplant Games of America, which will be held in Meadowlands July 17-22, 2020,” said Sarnowski. “The Sharing Network is the lead network that is working with The Transplant Games of America to organize and run the event. Olympic-style games will take place for transplant recipients and living donors to participate in. A lot of donor families will also be in attendance. We are expecting as many as 20,000 people to visit throughout the week. The people that attend these games have a great time. You have transplant recipients that are able to show that they can do these track and field and swimming events and can compete just like anybody else. It’s incredible. The real benefit is to spread awareness around organ donation. It’s a big effort and we are really excited to see how it turns out.”

Sarnowski spends a lot of his volunteer time speaking at events throughout New Jersey in support of the Sharing Network. He recently spoke at an event at Mountainside, which holds a special place in his heart. “Betsy and her two siblings were actually born at Mountainside in the 1950s,” said Sarnowski. “I wanted to go back and tell the story about Betsy and how she became an organ donor. I really enjoy going back to the hospitals and thanking the staff members that are involved in the organ and tissue transplants. They are the ones that make transplantation possible and they rarely get the chance to hear from the families that had a loved one that became an organ donor. I had a great time getting to talk with the team at Mountainside.”

To register to become an organ, eye or tissue donor, visit www.registerme.org/mountainside.