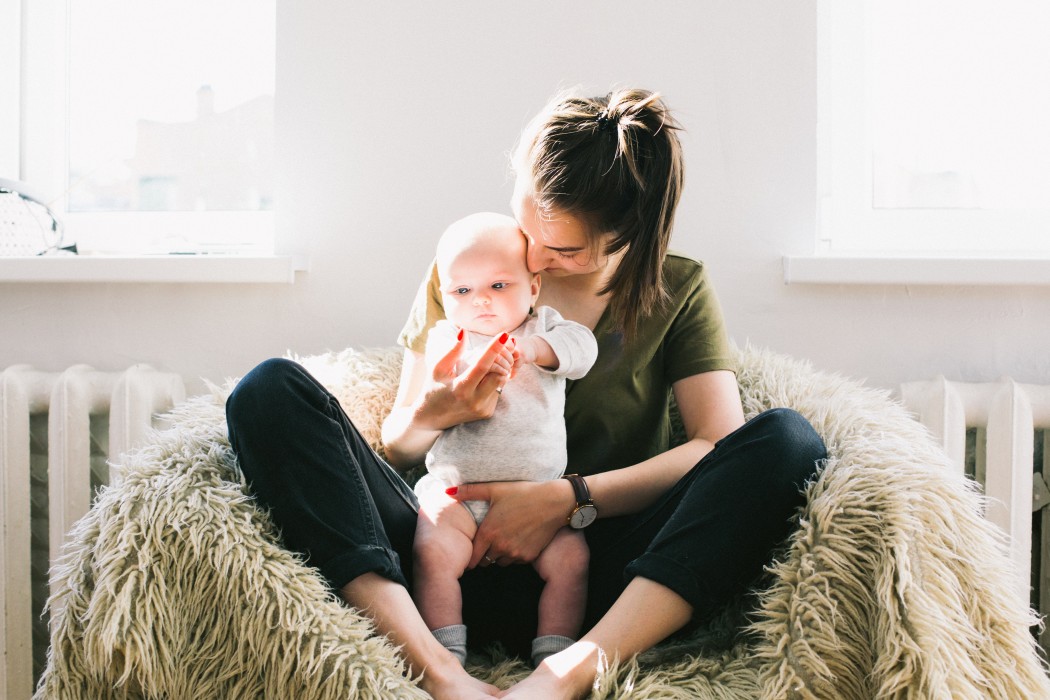 “I take time at annual visits to encourage my patients to live an active lifestyle and eat a healthy, well-balanced diet,” said Parisi. “Obesity and pre-gestational diabetes can cause cardiac and neural tube birth defects like spina bifida and cleft palate. Optimizing health and a normal body mass index prior to conception is preferred. Being underweight can also have effects on the pregnancy and the fetus, but typically isn’t associated with birth defects.”

Parisi also encourages her patients to take a daily multivitamin. “Even if women aren’t planning for pregnancy in the near future, I prefer that women of reproductive age take a prenatal vitamin,” said Parisi. “A prenatal vitamin will not increase your likelihood of becoming pregnant, but it is good to take in the event that you become pregnant. Most multivitamins have sufficient folic acid but many prenatal vitamins also contain docosahexaenoic acid (DHA), an omega-3 fatty acid which helps support pregnancy, particularly brain development. Multivitamins tend to have excessive vitamin A which can be toxic to a growing fetus.”

Avoiding smoking tobacco and illicit substances is something Parisi always recommends. “These substances are known teratogens and can cause a variety of issues, including but not limited to intrauterine growth restriction, preterm birth, neurodevelopmental delay and stillbirth,” said Parisi. “Although legalized and more socially acceptable, I encourage women of reproductive age who are not using contraception to abstain from alcohol. Up to 50 percent of pregnancies are unplanned and organogenesis occurs in the first three to eight weeks. Many women who become pregnant are still drinking alcohol regularly and/or binge drinking (greater than four drinks per serving) which can have devastating structural, neurobehavioral and social effects on the developing fetus. I serve as a Fetal Alcohol Spectrum Disorders (FASD) Champion for the American College of Obstetricians and Gynecologists. No amount of alcohol is deemed safe in pregnancy and I always remind my patients of that.”

Parisi also encourages patients to schedule a preconception counseling visit. “This visit is needed so your medical, surgical and family history can be discussed,” said Parisi. “It is at this time that I offer preconception genetic screening, particularly to those patients who are high risk. I also like to discuss any medications patients might be taking to see if they are safe in pregnancy or if they need to be changed to an equally efficacious but safer alternative for a developing fetus. Many herbal supplements, although considered natural, do not have a well understood safety profile and may need to be discontinued prior to conceiving.”

Birth defects can develop at different phases of a pregnancy. “Aneuploidy is defined as an abnormal number of chromosomes within a cell,” said Parisi. “This occurs during cell division soon after conception. Aneuploidy may result in early spontaneous miscarriage or birth defects. Many defects occur in the early weeks of pregnancy as organogenesis, primarily between weeks three and eight. Many women do not know they are pregnant at this time. Excessive mercury intake can cause neurodevelopmental delay, so avoiding excessive salmon or tuna (servings greater than six ounces) or other fish high in mercury (shellfish, tilefish, king mackerel and shark) is recommended. Infectious causes like cytomegalovirus, toxoplasmosis and a variety of sexually transmitted illnesses can cause birth defects at any time during the pregnancy.”

There are a variety of blood tests and ultrasounds that can be useful in detecting birth defects. “Many abnormalities do not present until after birth or within the first few years of the child’s life,” said Parisi. “A variety of chromosomal disorders can be detected early on, such as Down syndrome (Trisomy 21). Screening for Down syndrome typically begins between 10 and 14 weeks of pregnancy. The first trimester screen includes bloodwork and ultrasound in which the nuchal fold (translucency) is measured, often by a maternal fetal medicine specialist. If the screening is positive, an amniocentesis is recommended for definitive diagnosis. There are varieties of non-invasive screening tests, called cell-free DNA, which screen for Down syndrome, as well as other conditions like Trisomy 13 and 18 and DiGeorge’s syndrome, as well as the gender of the fetus.”

To learn more about obstetrical and gynecological services at Mountainside or to make an appointment, visit mountainsidedocs.com/services/obstetrics-gynecology.